Born & raised in Caracas, Venezuela, I started playing squash when I was 11 years old. Very quickly after I started participating in National & International tournaments, helping grow the passion for the sport even more. Although I never made the Professional Squash Circuit, I became one of the top players in the Caribbean and South America in the early 90’s. I had the opportunity to travel to many countries to play & teach the sport.

In 1989, I took over the challenge to full fill my coach’s footsteps. Since then, I have taught the sport to well over 1,000 squash players and in many cases, changed for better, people’s lives forever. I came to Canada in 2003 and quickly joined the squash community. I played in many different Tournaments, Leagues and discovered Doubles in 2006, for which I grew a great passion.

I continued to teach squash in clubs & gyms such as: Sports Clubs of Canada, GoodLife Fitness and joined the Richmond Hill Squash Club team in 2012. 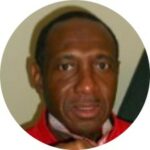 Rudy has an extensive and impressive squash career, with most of it helping develop juniors into this amazing game. 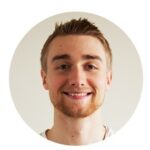 I have been playing squash ever since I could remember. I have been coached and raised by the great role models around Canada such as Rob Brooks, Gary Waite, Jamie Nicholls, and Jonathan Power. I spent 7 months training and coaching with David Palmer, former world #1, playing with the best players in the world. I love squash, I love to coach and see the game grow. I am currently playing on the Professional Doubles Tour and studying at the University of Toronto. I specialize in coaching junior and high-performance squash players. And I always love a good hit. 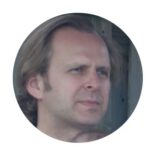 He has been in the Canadian squash scene for many years and in the past 6 years, his 4 kids started playing squash. Today, all 4 kids have accomplished amazing results in squash and had become top players in Ontario and Canada. His kids will be helping those days that Brian will be covering for us. This is a great opportunity to have the juniors learn from some the top junior players!

I love to compete. As a kid my goal was always to beat the next best player. I really enjoy drills, working on my game, my shots, and my footwork. My father was an accredited coach, and early on he taught me the benefit of practice and analyzing the game. I also love to teach, and while I’ve never taught professionally, I’ve taught a lot of people to play.

• I’ve played racquet sports since I was old enough to hold a racquet.
• Under 16 provincial badminton champion 3 years in a row.
• Played national level badminton for a year until I moved on to university.
• Picked up squash around 16 years old.
• Created and ran squash house league at Lakehead University for 2 years. Taught quite a few students and teachers how to play.
• Ran Squash house league at RFA (club no longer around) for many years.
• Competed in T&D and tournaments since the mid-1990s. Highest I ever finished was Provincial Champs finalist B, and T&D B level Champion.
• Worked & drilled with Rob Brooks for many years.